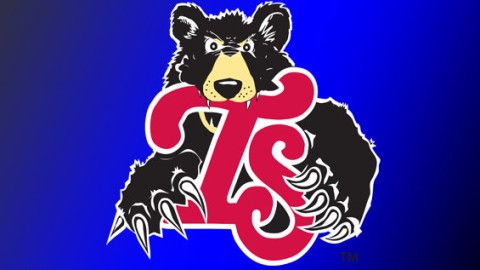 The Tennessee Smokies powered past the Suns by hitting three home runs for the second straight game in a 7-5 victory Wednesday afternoon.  The Suns have given up 10 home runs in their last six games at the Baseball Grounds.
Suns starter Bryan Evans struggled with his control in the first inning, walking the first three batters of the game to load the bases.  Justin Bour drove in the first run of the day with a sacrifice fly to right field, with Junior Lake scoring to put the Smokies in front 1-0.  Bour leads the Southern League with 76 RBI’s.
In the second inning Junior Lake connected for a two-run homer off of Evans to increase the Smokies lead to 3-0.  Lake has hit three of his six home runs this season against Suns pitching.
The Suns closed the gap in the home half of the second against Tennessee starter Dae-Eun Rhee.  With one out, Shawn Bowman reached on an error by first baseman Justin Bour.  Curt Smith then singled to center, and when center fielder Jae-Hoon Ha ran past the ball, Bowman went to third and Smith advanced to second.  Jake Jefferies knocked in both base runners with a single to center to cut the Smokies lead to 3-2.
Jacksonville tied the game 3-3 in the fifth inning when Danny Pertusati reached base on an infield single, and scored when pinch hitter Jose Duarte double into the left field corner.  After a single by Jake Smolinski put runners on the corners, Duarte hustled home on a ground out by Chris Gutierrez to put the Suns in front for the first time 4-3.
Junior Lake hit his second two-run homer of the day off Suns reliever Jordan Conley in the top of the sixth, and the Smokies were on top 5-4.  Lake had a hand in all seven runs for the Smokies, driving in four of the  seven runs in the game, and scoring three others..  Nelson Perez added some insurance in the ninth inning when he belted the Smokies third two-run home run of the game to pad the lead to 7-4.  Danny Pertusati drove in a run in the Suns half of the ninth to make the final score 7-5.
The Smokies had at least one base runner in every inning on Wednesday.  In the series Tennessee has scored 16 runs on 23 hits.  The Smokies went 0-for-9 with runners in scoring position and left a dozen men on base, including the bases loaded twice.
Suns starter Bryan Evans allowed three runs on three hits, and walked six batters in a season-low two and two-thirds innings.  Evans had walked a total of six batters in his previous four starts.  Jordan Conley (1-2) surrendered two runs on five hits in the loss.  Smokies starter Dae-Eun Rhee (7-5) allowed four runs on nine hits in the win.  Frank Batista pitched the final two innings to tie for the league lead in saves with 18.
Game three of the series is Thursday night with the first pitch scheduled for 7:35 p.m.  LHP Brian Flynn is expected to make his first start for the Suns.  RHP Dallas Beeler (4-6, 4.11) will take the mound for Tennessee.